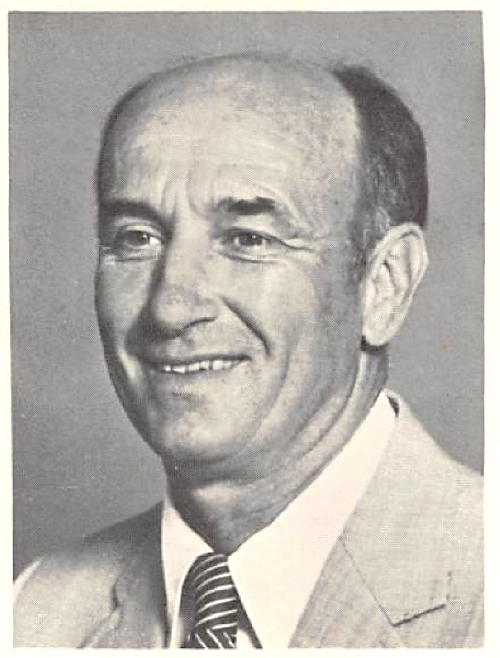 The last of the Firm’s namesakes, Don Casson, passed away this past week. He was quite an accomplished individual. Although he retired in 1982, his leadership and strength of character were not forgotten. All of us continue his legacy as we represent Faw Casson today, and will continue to do so in the years to come.
Our thoughts are with his family during this difficult time.  His obituary, taken from The Star Democrat, is posted below.
DONALD DAVIS CASSON
EASTON - Donald Davis Casson of Easton, Md., died peacefully on Feb. 11, 2019. He was born on May 12, 1929, in Easton, Md., and was the fifth and youngest child of the late Ida May Davis and Edward Russell Casson.
Mr. Casson grew up on Hanson Street, graduated from Easton High School in 1946 and matriculated at the University of Maryland under the G.I. Bill. In July 1948, he began active duty with the United States Navy, earning his wings as a naval aviator in June 1950. He cruised the Mediterranean with his squadrons, VA1 on the USS Oriskany in 1951 and with VA45 on the USS Coral Sea in 1952. Mr. Casson resigned from active duty in December 1952 with the rank of lieutenant junior grade and earned his final rank of first lieutenant in the United States Naval Reserve.
He returned to the University of Maryland in January 1953. On Aug. 22, 1953, he married Sara Lou Chambers in Jacksonville, Fla. After graduation in 1955, he began his career as a CPA with Ernst & Ernst in Atlanta, Ga. In 1960, Ernst & Ernst transferred him to Miami, Fla., to manage the tax department there. In 1965, he moved home to Easton, joining the accounting firm of Granger, Faw & Co. as a partner. He retired from Faw, Casson & Co. as managing partner in 1982. After his retirement, he served as a financial advisor, real estate broker and independent CPA.
Professionally, Mr. Casson was past president of the Maryland Association of CPAs, served as a member of the Council of the American Institute of CPAs and on the institute's Tax Committee. He served on The Talbot Bank Board of Directors for 27 years, serving as chairman for his final nine years before retiring in 2010. He also served on the boards of Maryland National Bank and Easton Memorial Hospital.
He gave back to the Talbot County community throughout his life. He served as president of Talbot Country Club and the Easton High School Alumni Society; served on the boards of St. Mark's United Methodist Church, St. Mark's Village, Talbot Historical Society, Adkins Arboretum, The Dixon House, Chesapeake Bay Yacht Club, Talbot County YMCA, Talbot Twelve Foundation, St. John Foundation, Easton Lions Club; and volunteered with many other organizations. His most rewarding volunteer role was acting as one of the first Character Coaches with Character Counts Mid-Shore, coaching third-graders on the Six Pillars of Character for 10 years. He believed in family, friends, character and serving others.
Many of his life's pleasures came from flying his Citabria low over the Tred Avon River, playing golf and tennis with his friends and family, playing cards with his golf group, cruising the local waterways, holding court while telling one of his repertoire of jokes and stories, doting on his grandchildren and causing mischief. He loved to compete and played to win, but believed that knowing how to lose was more important than winning.
Mr. Casson is survived by his beloved wife of 65 years; children, Cynthia (Bill) Morton of Newton Centre, Mass., Donald (Kim) Casson of Reston, Va., Leslie (Craig) Stevens of Alexandria, Va., Richard (Anne) Casson of New York, N.Y.; grandchildren, Russell Morton, Emily Morton, Wesley Casson, Jack Casson, David Casson, Ellen Stevens, Samuel Stevens, Margaret Casson, John Casson, William Casson; sister-in-law, Audrey Chambers; nieces, Sue Anne (Ken) Robinson, Ellen (Larry) Littleton; nephew, Eugene (Susan) Chambers; five grand-nieces and grand-nephews; five great-grand-nieces and great-grand-nephews; and many loyal friends.
In addition to his parents, he was predeceased by his siblings, Margaret Hope Casson, Elinor Russell Casson, Nina Casson Miller, John Edward Casson; brothers-in-law, Roderick Miller, Eugene Houston Chambers; sister-in-law, Elfreda Bergmann Casson; and nephew, John Edward Casson Jr.
A celebration of his life will be held on Saturday, March 9, 11 a.m. at St. Mark's United Methodist Church, 100 Peachblossom Road, Easton, MD 21601. There will be a reception to immediately follow the service in the St. Mark's Fellowship Hall. Internment to be private.
In lieu of flowers, memorial contributions may be made in memory of Donald Davis Casson, to the St. Mark’s United Methodist Church Building Fund, 100 Peach Blossom Road, Easton, MD 21601, or to a .
For online tributes, please visit www.fhnfuneralhome.com
Published in The Star Democrat on Feb. 17, 2019