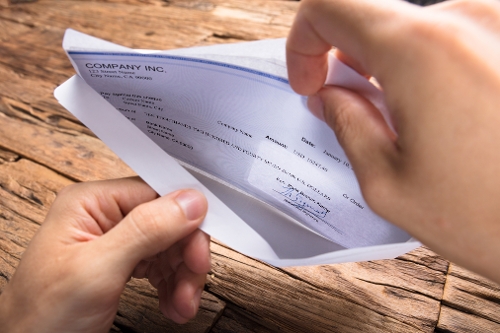 The minimum wage in Delaware is on the rise, with legislation to raise the rate to $15 per hour by 2025, recently signed into law by Governor Carney.  Senate Bill 15 (the Bill) will gradually raise the minimum hourly rate. The Bill has seen much debate due to the conflict between raising the rate to afford Delawareans a better quality of life and putting too much pressure on local businesses to afford these new rates, especially while trying to recover from the economic blow of the pandemic.
The current minimum wage rate in Delaware is $9.25 per hour, with some exceptions. The Federal Minimum Wage is $7.25.  The last time the Delaware Minimum Wage was changed was in 2019, when it was changed from $7.15 per hour to the current $9.25 per hour.
When will the new rates go into place?
The new rate of $15 per hour is planned to be reached gradually over the next 4 years, with small jumps each year. The following schedule will be used to get to the new rate:
Tipped employees will remain at a minimum wage rate of $2.23 per hour.
Additionally, there is a Training and Youth Minimum Wage Rate which is $.50 less than the standard rate. This may be eliminated effective 90 days after the Bill’s enactment. It is currently awaiting Governor Carney's signature.
What are the exceptions to the Bill?
There are several exceptions to the Bill including the following:

Delaware isn’t the only state that is seeing its minimum wage start to rise. The State of Maryland is in the middle of a very similar increase to Delaware’s. The Maryland Minimum Wage and Overtime Law took effect on January 1, 2021 to increase the state minimum wage to $15 per hour, although their schedule has larger businesses increasing the minimum wage rates at a faster pace than smaller businesses (those with 14 or less employees).
The current Maryland Minimum Wage is:
The schedule of increases for large employers (15 or more employees) is as follows:
The schedule of increases for small employers (14 or less employees) is as follows:
For tipped employees, employers must pay a minimum of $3.63 per hour. This amount, in addition to any tips the employee earns, must total the minimum wage rate.
Minimum Wage Exemptions:
Overtime Only Exemptions
The State of Maryland does allow municipalities to set their own minimum wage rates which means there may be different laws to follow county to county. Of note, Montgomery County’s rate went up to $15.00 per hour for large employers (51 or more employees) and to $14.00 per hour for small employers (50 or less employees) starting July 1, 2021.
Both Delaware and Maryland require that overtime rates, or any time worked above 40 hours per week, be at least 1.5 times the employee’s regular hourly rate, with some exceptions.
If you have any questions about these rates, please do not hesitate to contact your Faw Casson advisor.